As a rule of thumb, at least for me, rewatching is a chore. I’m not a fan because my initial reactions are my truest. Granted, I am a rule breaker and that extends to my own rules. Even though I’m not a fan of rewatching shows in particular, I do find myself hunkering down to watch some of my old tried and trues. I can’t even tell you how many times I’ve watched ER for it would be too embarrassing.

Now when I started this journey of kdrama watching a year ago, my watchlist was lengthy. It still is; over 80 dramas to get to. I anticipated to make it through the list faster than I’ve been going, blame the variety shows I discovered and now the ending of dramafever doesn’t help. (Check out Sugar Baby Unnie’s rant on those matters) But lately I’ve found myself yearning to watch some of the shows that made me fall hard into this niche little hole. As I stated above, I’m not that big a fan of rewatching because my reactions and feelings tend to stay firm. However, with the following three shows, it put my beliefs to test. 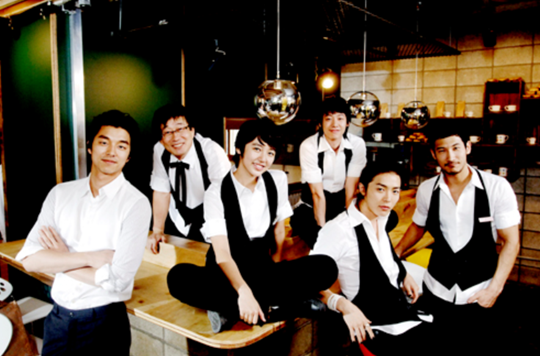 I toyed with the idea of celebrating my year marker with revisiting the drama that started it all for me. This was first recommended to me by my best friend. Which in fact was recommended to her by Sugar Baby Unnie, so small world. It took me a while to actually get into it. I had watched the first episode and then kind of abandoned the idea of watching. Promises of going back were hanging in the air, but a boredom of regular television sent me back in its arms. And did it embrace me warmly. I devoured episode after episode, grew frustrated with some of the plot points (I mean how could he NOT realize Eun Chan wasn’t a guy?!), but somehow through all of that I became an addict. By episode 16, I was dying for more and praying it wouldn’t end. Once I was finished, I was completely in love with Gong Yoo and hopelessly devoted to dramas.

Fast forward a year later, and it was time to rewatch. Since watching Coffee Prince, I had watched 27 dramas other than Coffee Prince. Ones that weren’t as old as it and other genres. I was scared that my thoughts and feelings would be different and I wouldn’t even like Coffee Prince as I thought. When I did my first watch, it was rated 10/10. I’m usually generous with my rating, but this was ultimately everything that I would compare others to. When it came to the rewatch, at first I was a little bored. Bored? What?! I know, but I quickly remembered that when I first watched, I had feelings of boredom with certain plot points and development. But once I got into the nitty gritty of the drama, I quickly remembered why it is still one of my highly rated dramas. I got all the goosebumps in the same places and my heart clenched when Eun Chan looked longingly to Han Kyul. Ultimately, I was glad I took that walk down memory lane with this one.

Already being in my feels and trying to push through Hwarang for the 10th time it felt like, I needed something light and fluffy; Enter WFKBJ. I first watched this during my first phase of k-drama binge watching. I immediately fell in love with the story, characters and all the tropes they were throwing my way. The chemistry was off the charts and when I found out the actors were dating, I wasn’t that surprised. Everything about WFKBJ was perfect to me; the heartache, romance, comedy, and eye-candy was all top notch. When it came to rewatching, it felt like I was putting on a comfy sweater and curling up with a warm cup of coco. My first feelings matched my rewatch ones. For some reason, it felt like I fell more in love with it the second go round, which I didn’t even think was possible. Still a 10/10.

So far so good, right? Rewatching was going good, I was liking everything, I was happy. Why not rewatch one more show…

I love Park Bo Young. I love Park Hyung Shik. Those are just the facts. I didn’t even know who they were when I first started this drama, but I saw a gifset of Hyung Shik’s character freaking out over Bo Young in a wedding dress. I knew I had to watch it even just for that scene. However, when I started watching, something felt off. All the little boxes of things I loved in other dramas were checked. The plot was hilarious, a girl with super human strength and people who love her. Even had a creepy murdery sub-plot that really held my attention. Throughout the whole first watch, I fell for the cutesie scenes between the leads. But my heart never soared as high as I anticipated.

After rewatching WFKBJ, I wanted to keep with the light feeling. What I thought was going to happen, I was going to fall more in love with these whacky characters and their story. NADA. Boy was I wrong. I found myself pushing through each episodes, getting easily distracted, even skipping scenes! Something about the plot and the characters had lost their magic. Did I still love Bong-Soon and Minhyuk? Of course. Did I still find the serial kidnapper creepy yet oddly sexy? Hell yes. But somehow, it made me realize that not all shows are rewatchable for me.

Moral of this post? Don’t rewatch everything, and try to tackle my never ending watchlist. 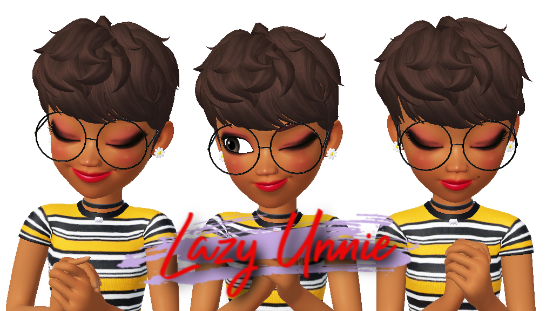