A Korean Odyssey… I never watched kdramas as they aired. This was my first one because it was SO good. The story was everything I wanted in a fantasy romance. I fell in love with Lee Seung Gi and everything! And then the last 2 episodes happened and especially the very last happened. I still have PTED (Post Traumatic Ending Disorder) from this one. It was “How to ruin a great show with shitty CGI and an ending that makes no sense.” 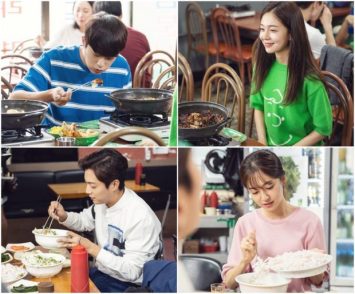 Let’s Eat 3 …. Listen, I’m salty salty salty. I had a thread when I was watching this and I keep it bookmarked so I can go back through it and revive my feeling of unjustness. I don’t care that he was engaged to ole girl in season 2, I DESERVED A BETTER ENDING. Fuck the writers for trying to throw Doo Joon under the bus. The fact that only Seoyeon got her happy ending? NAH FAM. I would’ve tolerated a flash forward tbh. All I’m saying is that I better get me a damn Let’s Eat 4 where they end up together when he returns from the army.