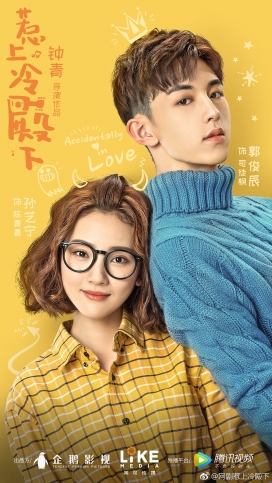 Chen Qing Qing is the daughter of a rich household desperately wanting to avoid an arranged marriage and find love on her own terms. On the day of the wedding, she flees town and heads out to enroll in the same college where her parents studied, hoping to find out more about their death. She changes her appearance and name in an effort to hide her true identity and does her best to blend in with her classmates. Her desk-mate in school turns out to be the famous singer, Si Tu Feng, whom she’s already had multiple run-ins with. The two don’t start off on the right foot, quarreling constantly and causing each other trouble. But could there be more between them? Thus starts Qing Qing’s quest for answers about her parents’ death and a chance at real love.

Sugar Baby Unnie has been begging and pestering me about when I was going to dabble into the C-Drama world. I was really hesitant at first, like with most things. I had tried watching Meteor Garden last year and the dubbing put me off so much, I didn’t want to even try again. That was until I needed some high dose of fluff and I decided to give this a shot on Netflix. So. Glad. I. Did!

This started off really like any other good rom-com. Quirky girl meets a moody guy and immediately doesn’t hit it off. I started to get Meteor Garden/Boys over Flowers vibes and was about to say goodbye! But there was something about Chen Qing Qing that made me want to keep going.

I really liked that Chen Qing Qing was a rich girl but didn’t really care about that aspect of her life and really was willing to give that all up to dive into her parents’ past and follow their footsteps at the school where they met. But what I didn’t understand, and maybe it’s just me, but Quig Quig basically put on a wig, some makeup with freckles and she was considered in disguise and ugly. I thought she was adorable! I guess they were going for the whole “fall in love with the personality and not looks” things.

Speaking of love… Si Tu Feng. He was adorable. Not the smartest but he made up for it in charm. I really liked the chemistry between the two of them. They didn’t immediately fall in love and I really liked that. The enemies to friends to lovers felt natural. Even when Chen Qing Qing had to trick him and basically play her rich self and poor self, the drama didn’t last long. They even gave him some tragic backstory with slight trauma and Chen Qing Qing helping him through it. The sweetest.

What DID last long, were the crazy side characters that got in the way. The best friend that actually fell for Chen Qing Qing first wasn’t annoying. But the female antagonist was THE WORST! I mean, the plot started going a bit crazy with her even trying to get married to Si Tu Feng! I could have done without the extreme craziness. I mean, homegirl was going to try and kill herself over some dude who didn’t even like her. Stay in the friendzone sis.

I did want more of the relationship between Si Tu Feng’s nemesis, Lin Yi Yang and Qing Qing’s roommate, Fang Fang. That couple was so cute because it felt perfect and random. He was so hard and she was so quiet and meek. But you could see he really tried to be better for her and with her. Everyone else on campus was scared of him but she was the only one who wasn’t. Like a little mouse standing up to the lion. Plus, they had one of my favorite scenes in the whole show.

Ultimately, this drama really was funny, quirky, and corny but all worked in the best way because the chemistry was believable. The things that weren’t believable was Si Yu Feng as an idol. He was cute, but an idol, no. Also, I couldn’t grasp if they were in college because it felt very high school. But in the end, because of this, my stigma against C-Dramas was lifted. 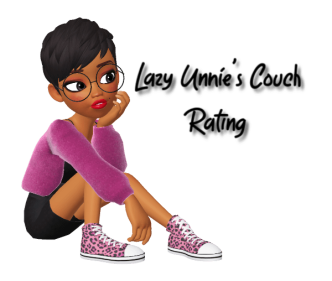