There are times when I’m completely wrong about a show. Before starting this, it was never on my list even though I find Chae Soo Bin adorable and Lee Je Hoon dreamy. Something about the poster and the synopsis didn’t really feel like the show had any depth to it. Oh was I wrong. This show had some depth, sometimes too much. What I thought was going to be a boring show about airport employees turned out to be a story about the inner workings of blended families, navigating a hectic workplace and those relationships, and self identity as a person with a disability. Throw some romance on top of that, and you have this underrated drama.

What I think I liked the most about this was it didn’t seem to shy away from the seriousness of Lee Seo Yoon’s feelings since his accident. He went from being a healthy and somewhat happy teenager to not being able to move half of his limbs. It was shocking and of course he had some anger and resentment. But it was his depiction of how he felt being in the wheelchair that really touched my heart. What also touched my heart was the one part when Han Yeo Reum basically asks him if he likes her and he is like yeah. No ifs, ands or buts. It was as if he couldn’t lie! I think that made me fall for him a bit. There were times when I was frustrated with him but in the end, I understood why he made some of the choices he did. He just wanted to live a “normal” life and love who he wanted to love, can’t fault a guy for that. He had some of the best lines too! My favorite was :

“If could take a person 3 weeks, 3 years or 3 seconds to suddenly start liking someone. Every person can have a different memory of when they first met someone.”

AND HE SAID IT TOOK HIM 3 SECONDS TO FALL FOR HAN YEO REUM! SWOON

Now Han Yeo Reum… I didn’t hate her. There were moments when I wanted to. Especially when it came to her and her friend Go Eun Seob, but in the end, I understood it too. Sometimes the heart just wants what it wants and you can’t force it just for the sake of it. Speaking of Go Eun Seob, Rowoon had the puppy dog second lead face down. But boy was his game weak. If a girl is basically telling you that you have NO chance… and you still hanging around, you deserve whatever happens.

The part of the show that I thought was going to be the most boring ended up being the most interesting. I loved seeing the inner workings of the airport and all the things that went wrong and the solutions. There were sub plots about the airport being privatized but that kinda went over my head. I felt that they could have done better at that and dealing with the relationship between Seo In Woo, Lee Soo Yeon’s step brother. Honorable mentions definitely go to the second romance of the show, between security personnel Oh Dae Gi and Na Yeong Joo. It was nice to see the push and pull between them and the little moments of budding romance. I could have done with a whole spin off of them.

In the end, I really liked this drama and really don’t understand why it doesn’t have a higher rating. I thought that it had great moments of comedy, romance, action, and even melodrama. Surprisingly, it is one that I would probably rewatch again. 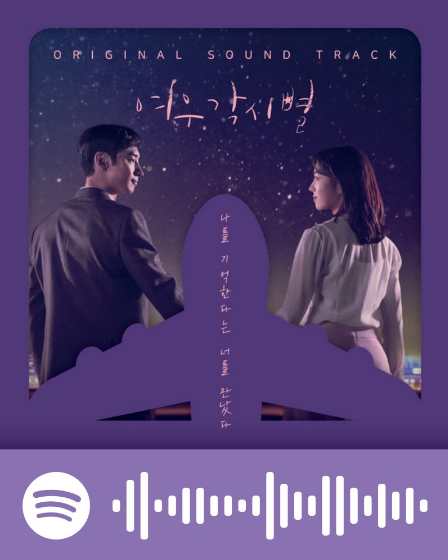