I will preface this by saying that anything that may or may not has happened outside of this drama has no influence on my opinions. With that said… how bad do I love fucking fluffy damaged dramas? Like, am I at the point in my drama watching that this is now considered a kink? Cause if it is, then sign me up. I fall in love with lead with a sad backstory no matter how hard I try not to. But before I get into that, let me just say that this show isn’t out of the ordinary in dramaland. It’s damaged boy meets damaged girl and they have a will they or won’t they, cat and mouse relationship that ends up in a fluffy cloud of love. Sprinkle some quirky secondary characters and you have Hometown Cha Cha Cha.

What I loved the most about this drama was that the acting was just well done… on Kim Seon Ho’s side. I went in not expecting much from Shin Min Ah and maybe I wasn’t the only one because the writers really didn’t give her much as far as character development went. She was basically what we saw is what we got. Not to say that Yoon Hye Jin was a bad character. At first, she was set up so we wouldn’t like her. She was selfish and only really cared about money on the surface. However, there were parts where we got to see how kind-hearted she was, especially when it came to the children and older people in the village that she ends up settling down in. But if we are being honest here, it was Chief Hong that carried this relationship and show honestly. With the help from the village folk. Even the attempted love triangle didn’t stand a chance against Mr. Dimples. Maybe it was the fact that they introduced Lee Sang Yi’s character in episode 4. I was already committed to the main ship at that point. But Lee Sang Yi was adorable as the television producer with a heart of gold.

I found myself laughing a lot at the antics of how nosey the characters were. It made me want to live in that kind of environment but at the same time, not. Everyone kind of had their own little subplot and it was nice to watch. But I really loved how the village looked like they were using Dushik but it was more of a symbiotic relationship. Dushik came back to his home village from the big city to be healed. Which in the end, the show was just healing. And don’t get me started on the last 3 episodes of the show. I cried my ass off. I knew it was coming but even though I knew, I wasn’t prepared.

Everything about this show just made me feel good inside. Even if it made me feel sad at times, it healed me. I will say, unbiasedly, that it was 100% due to Kim Seon Ho and his Chief Hong. Do I feel like his reasoning for the dark and twisties was too much? Yeah. But, in the end, it all wrapped up nicely with a bow. 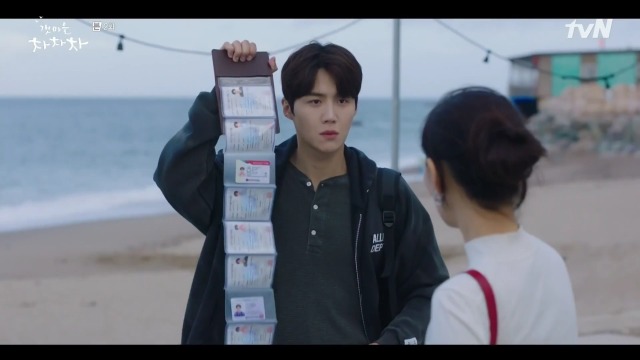